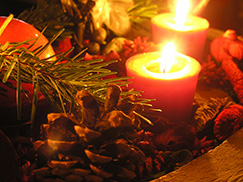 Dear Patients,
Now that we are approaching the end of the year 2015, we would like you to thank you sincerely for the trust you have placed in us. Wishing you and your family a joyous Christmas season and Happy and Prosperous New Year! Moving forward to 2016, we continue to give you our concerted support to heal your injuries or diseases to the best of our capabilities.

Dr. Mahn has returned from Israel and, starting today, he’s back seeing patients as usual during his office hours. The under-18 national football team won the 4-nation tournament under the best external conditions. Afterwards, all players went off to their well-deserved Christmas holidays without any major injuries. The trip to Israel was as much of an impressive experience because of the football, as it was by virtue of the 50th anniversary of diplomatic relationships between Germany and Israel. The special importance of the relationship between these two countries was underscored by the prominence-studded German Football Association (DFB) delegation with the officiating first DFB vice-president Dr. Rainer Koch and sports director Hansi Flick.